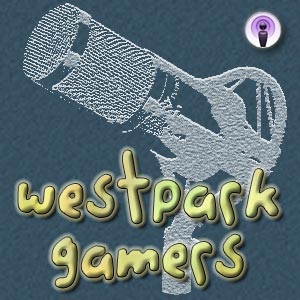 Today we are going to talk about one of the most common gaming terms in Germany, a word which – if you happen to know it and are able to explain it to others– will increase your coolness factor as a gamer by at least a 100%.

I’m talking about the “Poeppel” (written with an Umlaut “o” and not to be confused with “Popel”, which means “booger” in Germany). First there were game boards, then came dice and cards, but without a Poeppel they would all be nothing, because Poeppel means pawn. Without your pawn or poeppel you wouldn’t be represented as a person on the board, and this is what makes games become alive.

Think of a game of checkers – lots of disks to push around, but which one of those disks is... you?

Think of chess – of course all the figures are stylized and are based on ancient armies, there are rooks and knights, but which one of them is you? The King? As everybody knows the king is the meekest, weakest and totally uncoolest figure in chess. And he gets killed so easily. So who wants to be king?

The poeppel, or pawn, was introduced early on in games like “Snakes and Ladders”. He originally represented YOU trying to get somewhere or do something. In “Monopoly” the poeppel represents you trying to avoid the hotels of the other players while looking for new ones to buy. In “Mensch Aergere Dich Nicht” or “Pachisi” or “Malefiz” you have a whole band of poeppels under your command, and they want to go home, just like E.T.

There is something endearing about the German produced poeppel, who basically has a standardized form that hasn’t changed in decades. A round pin-head, usually bald, a slim waist and a heavy base. And he – or also she – is made of wood, invariably, never of plastic. Don’t confuse the poeppel with the meeple, which is a gamer’s term for the figures you find in the game Carcassonne for example. The meeple, although technically a variation of the poeppel, is a second or even third generation poeppel. A mutation poeppel, if you will.

No, you really have to buy any Ravensburger game from the 70’s or 80’s for example, they feature beautiful wooden poeppels. Modern perfect examples of the poeppel are: the robber/bandit figurine from Settlers, the huge El Grande figure from “El Grande”, the pirate figures in Cartagena are absolute real pure-bred poeppels.

Without poeppels there would be no miniatures gaming, as I’m sure the first miniature ever made was a little wooden or bone-made poeppel. Without poeppels there would be no role-playing games, because the identification with miniatures or poeppels was what started the whole trend. Hasn’t anybody of you ever thought, when being a kid, “I wish I could be IN the game”? And why did you wish to do that? Because there was a poeppel representing you.

Oh how I would have loved to be one of the poeppels in the old Ravensburger game “Expedition” when I was a kid, to be one of these intrepid archaeologists who searched the world for treasure.

The word poeppel became popular in the 70’s, when German gaming culture took off. Soon after there was the “Poeppel Revue”, a well-beloved independent gaming magazine comparable to Sumo for example, which yearly awarded the “Golden Poeppel” for the best game.

You might be interested in hearing that there is also a derived verb, the word “entpoeppeln” or “to unpoeppel”, which basically means unpunching a game. Wouldn’t it be cool if next time you offered an unpunched game on Ebay you would simply write “unpoeppeled” instead of unpunched?

Honour the poeppel, and know that it is your true avatar.

Now a quick word in a personal matter – some of you might know that I’m a musician – composer and pianist- by profession. Some of you might also be interested in the soccer or football world cup, which starts on June 9 in Germany. The opening game will be in Munich, and will be broadcast live worldwide. Before the game at 6 p.m. (Germany against Costa Rica) there is an opening ceremony or show, which starts at 4:28 p.m. CET. I mention this, because – if you want – you might try to catch it on your TV, as the music for the 25-minute show – except the pop songs – has been written by me. Don’t expect a symphony concert, but the incidental music will feature more than 300 percussionists, Bavarian Schuhplattlers, Goaßlschnalzers, Schellenruehrer, choir, boys choir and symphony orchestra., roughly 750 musicians in total. I assume that the commentators world-wide will babble incessantly over the music, so don’t expect too much of an artistic experience, but you might be interested about what I’m doing when I don’t correct poor Tom’s pronounciation or bore you to tears with German Gaming News...

May the Sauerkraut be with you, as always.